So Many Organs to Hear and Buildings to See!

For many organists, one of the deciding factors in whether to attend a National AGO convention is the instruments in the host city. Are they new since the last convention in 1988? Do they represent a variety of builders in different styles? The Houston steering committee can give you a quick answer: YES! But equally interesting to organ aficionados is the buildings that house these magnificent instruments. 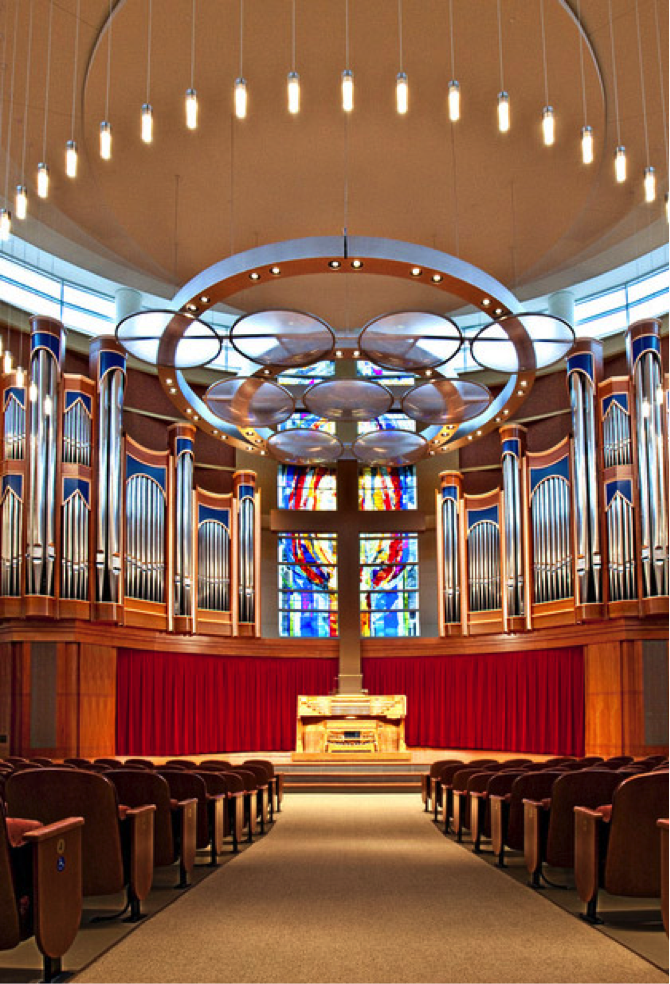 As you can see from this photo, we have beautiful venues and instruments. The above photo is of the 2009 Letourneau organ in the Belin Chapel at Houston Baptist University, and below is of the 1995 Noack organ at Christ the King Lutheran Church near Rice University.. 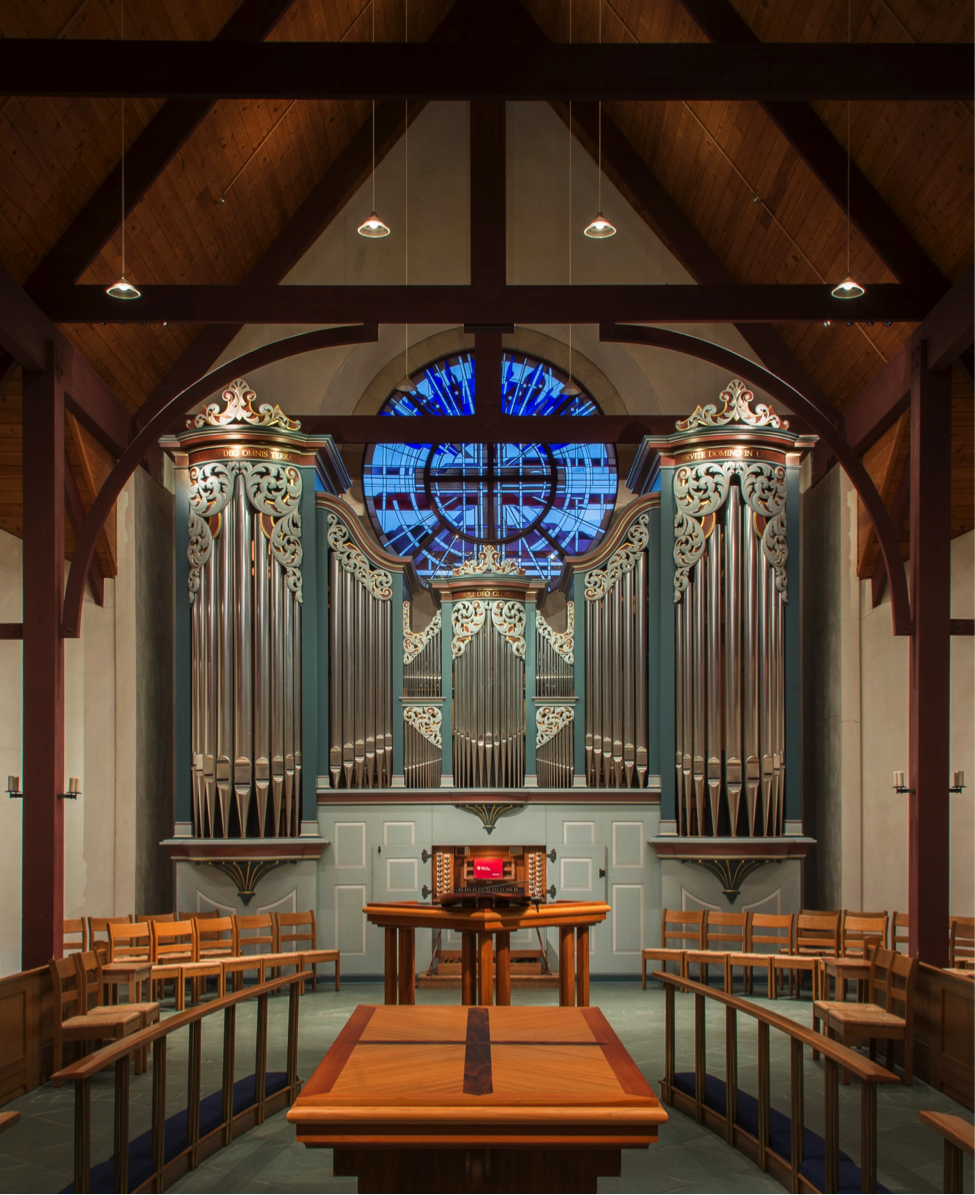 There are unique features to some of the new convention venues. The 2009 Pasi Organ at the Co-Cathedral of the Sacred Heart has two divided chambers and, yet, has the sensitive control of speech found in traditional mechanical key actions. The NovelOrg Proportional Action System was the first such action used in the U.S. and allows the valves in the wind chests to follow exactly the motion of the keys. 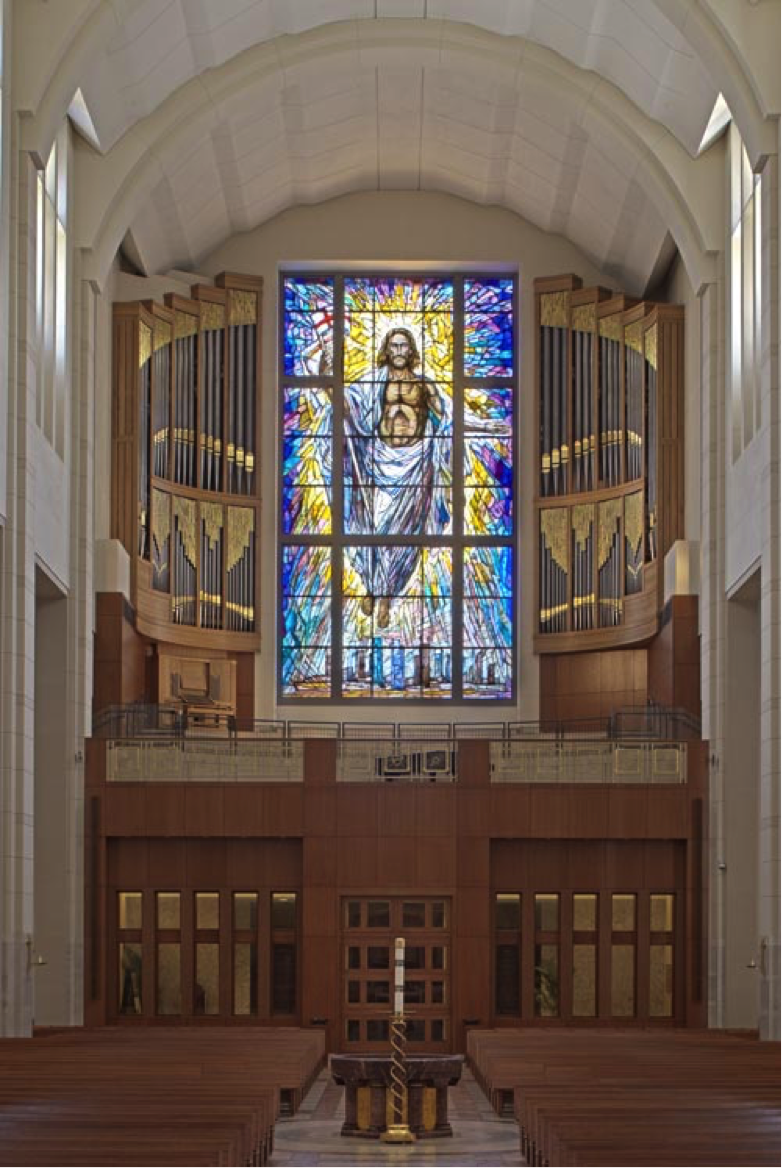 In addition to the beautiful façade of the instrument and the glorious stained glass windows in the balcony, the Cathedral interior is made of lovely limestone and marble, with accents of gold leaf and copper. 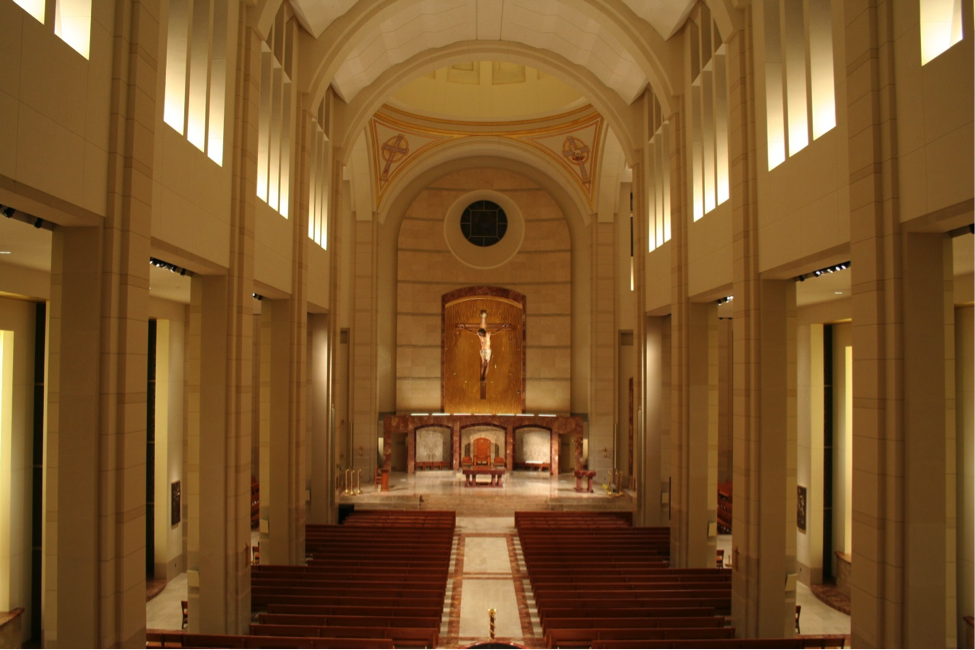 The 2004 Schoenstein Organ at St. Martin’s Episcopal Church has the ability to use softer and more powerful sounds than most instruments of its size due to double expression in the Swell and Solo divisions. The Schoenstein Double Expression System allows for a continuous dynamic range from fff to ppp by placing a box within a box. 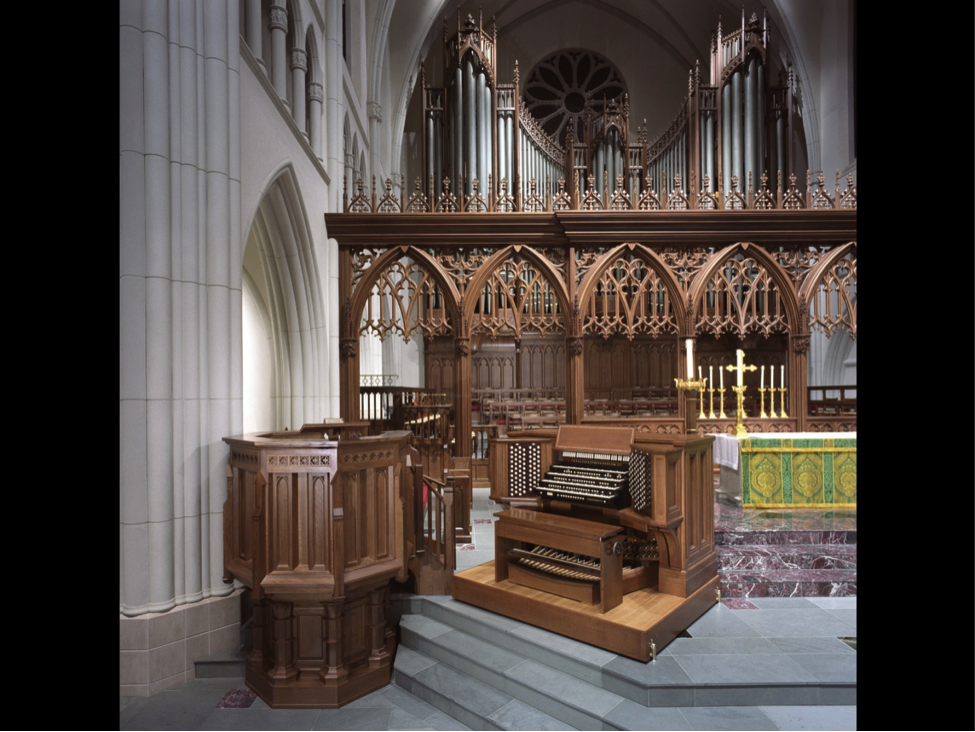 With a congregation of around 9,000 members, St. Martin’s is the largest Episcopal parish in North America. The congregation moved into their new church in 2004. The Gothic style towers are 188 feet high and can be seen above the trees for miles in all directions. 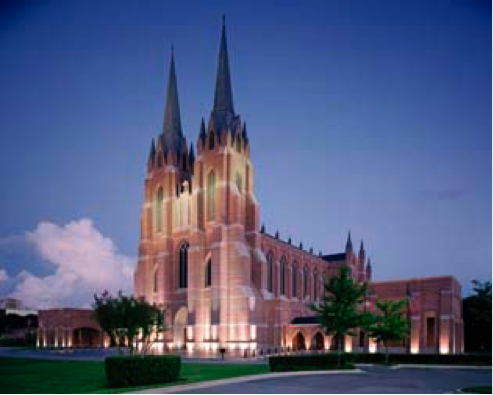 One of Houston’s newest instruments is the 2010 Fritts organ at St. Philip Presbyterian. Before showing you the breathtaking beauty of the organ case, façade pipes, and console, I thought I would share a few photos of the transition of this church’s balcony, as well as the entire Sanctuary, in preparation for this magnificent instrument. 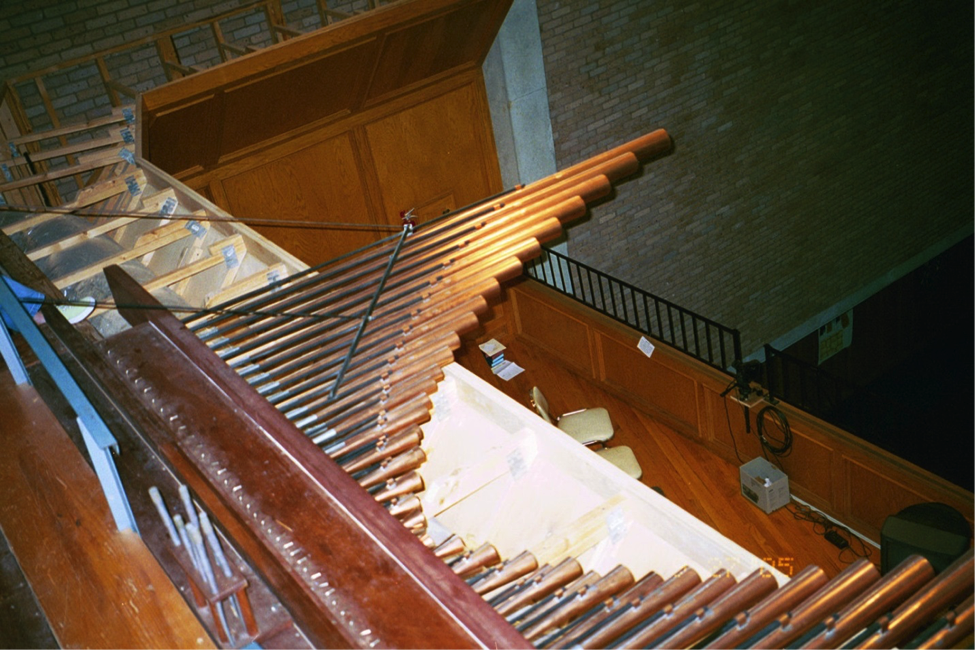 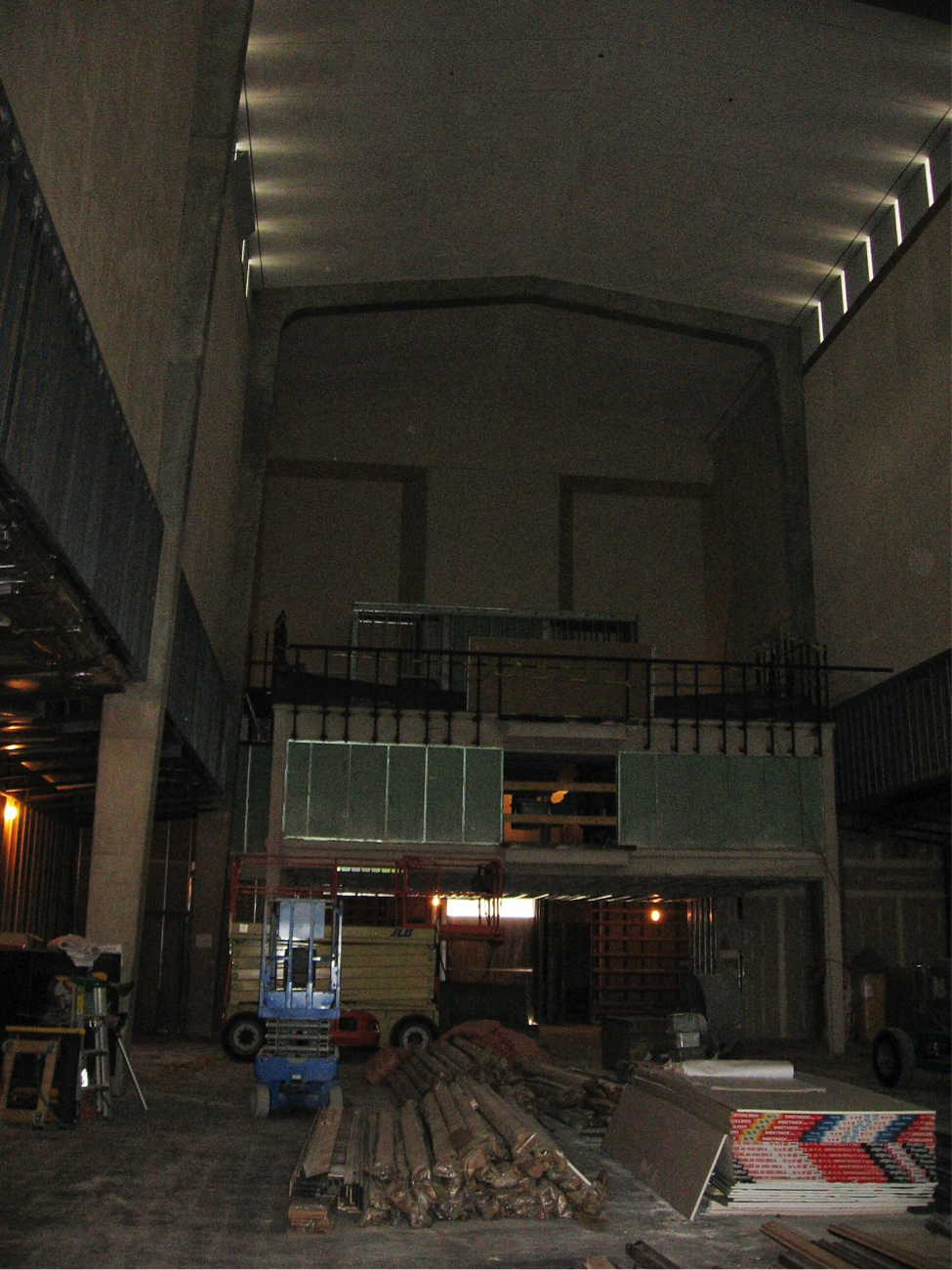 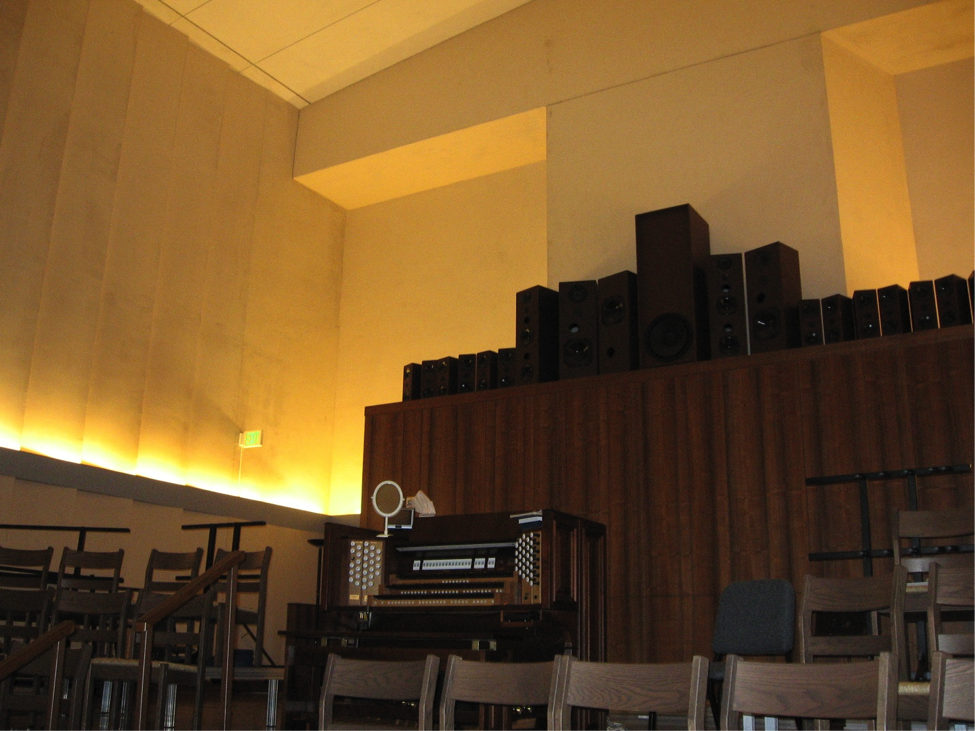 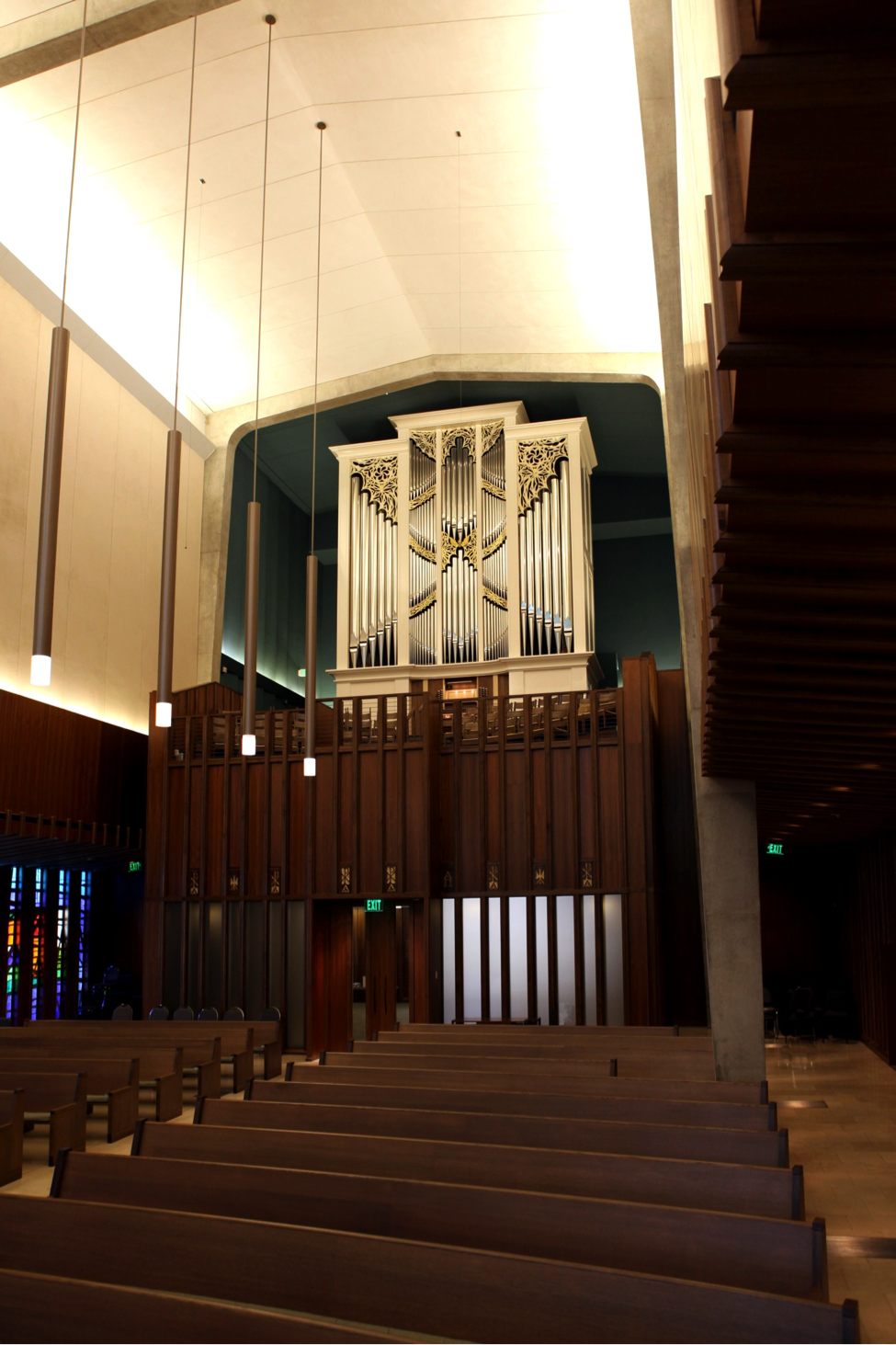 And the finished product! The altar area is equally beautiful and this space will be used during the convention for a program of organ and dance. 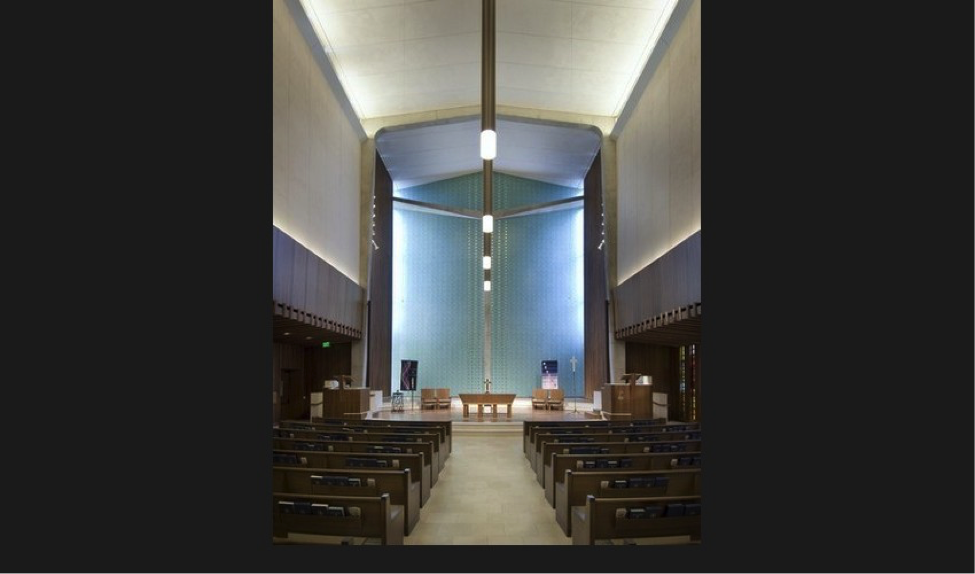 In addition to the new organs and worship spaces, the convention venues include the oldest congregation in Houston - Downtown’s Christ Church Cathedral. The Cathedral has the only authenticated Tiffany stained-glass window in Houston. The window, a creation of Louis Comfort Tiffany, was installed in 1898 and depicts Charity. While attending the convention, one should look closely to see Tiffany’s unique way of handling cloth folds across the human body. 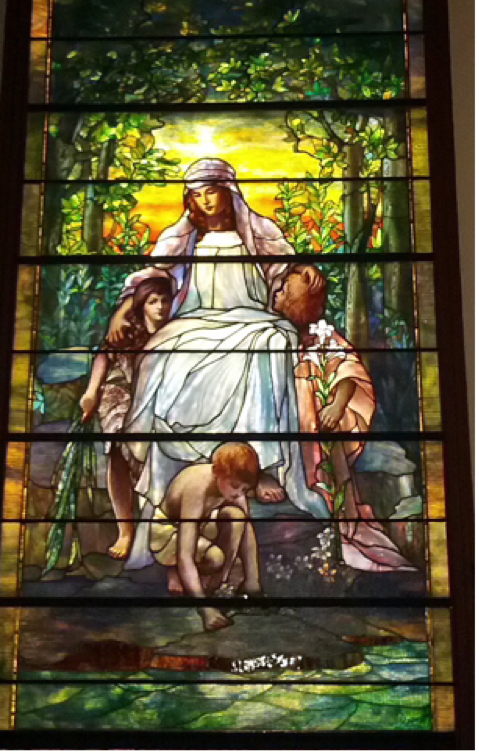 The historic cathedral has an additional 22 stained glass windows that date from the 1870s to 1955. 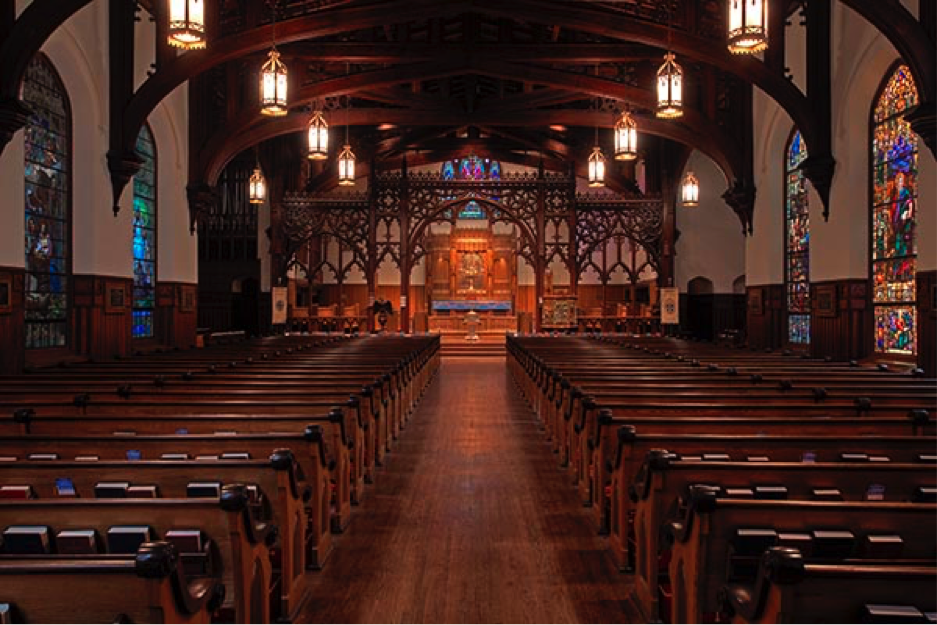 The organ is a 1939 Aeolian Skinner, that was slightly enlarged and renovated in 1957 and 1967 and again in 2012 with a new, moveable four-manual console. An antiphonal division was added by the Schantz Organ Company in 1991. The Cathedral is an active member of the Downtown community, serving home-cooked meals daily and providing a meditative garden to escape “the grind.” 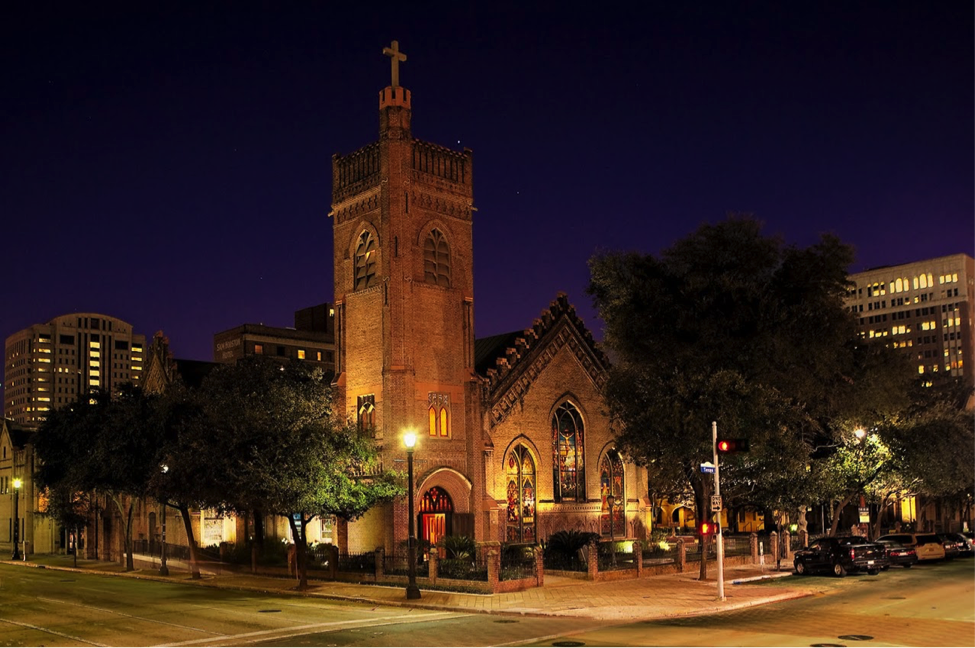 The convention venues for 2016 contain an exciting mix of new and renovated instruments, representing many organ builders, in beautiful and live settings. Fortunately, Houston has more in the works! There are signed contracts for several new instruments and one major renovation. More instruments are in the research and funding phases, such as a possible instrument for the Houston Symphony, either in the existing Jones Hall or in a new building. 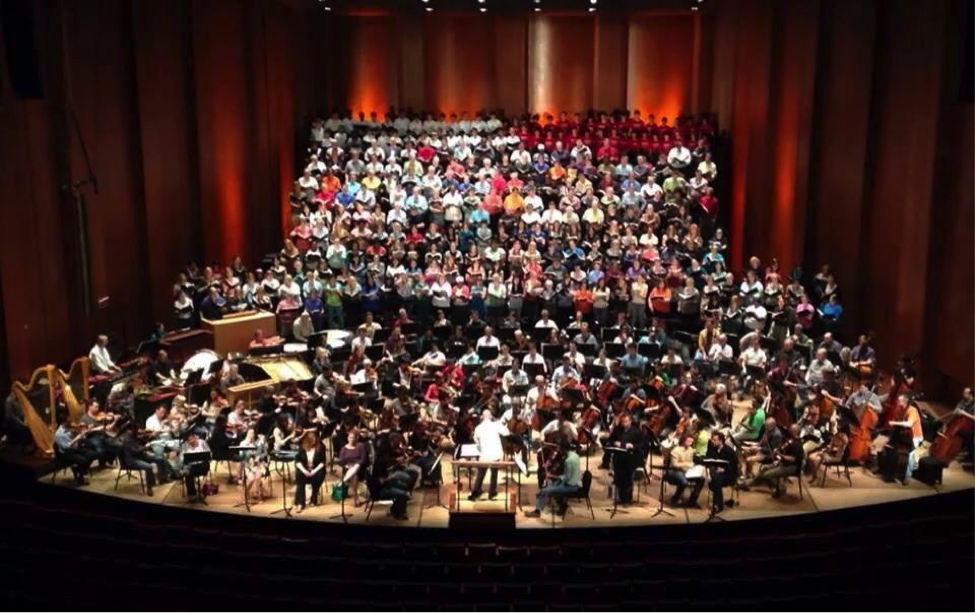 As a native Houstonian, I’m proud of my city and the vibrant cultural scene that includes many wonderful instruments in unique facilities. Come join me in hearing these outstanding instruments next June!