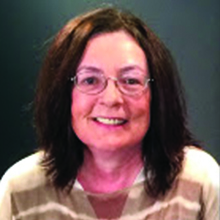 Her symphonic works have been performed in the US, Latin America, and Europe, and are frequently performed by the Pittsburgh Symphony Orchestra, including premieres led by Gennady Rozhdetsvensky, Mariss Jansons, and Donald Runnicles.

Her chamber works have been performed by members of the New York Philharmonic and the Pittsburgh Symphony Orchestra, and her works for concert bands are standard repertoire for ensembles around the world. Both her instrumental and choral compositions appear on numerous recordings, including seven anthologies.

The composer is also an accomplished pianist and organist and has performed on several of the finest organs in the Pittsburgh area, including Heinz Chapel and Calvary Episcopal Church. She has also performed several times on the chapel organ at the Lutheran Theological Seminary at Gettysburg. On several occasions, she has served as organist for the ELCA Western Pennsylvania Synod Assembly. In 1984, she succeeded her mother, Alverta Hoffman Riddle, as the organist at Christ Lutheran Church in Millvale, PA, where she also assumed the position of choir director. She has composed numerous sacred choral anthems and organ works for her church.

Chorale Prelude, "Sing with all the Saints in Glory" to be performed Monday, June 20 at Foundry United Methodist Church.