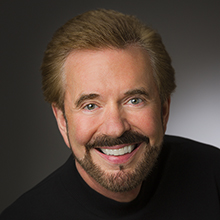 The Rob Landes Trio will perform at the banquet, Wednesday June 22, Ballroom of the Americas, Level 2

Rob Landes began studying the piano at the age of three and made his “debut” on the Art Linkletter House Party program at the age of four. A native Houstonian, his playing has taken him from the United States and Canada, to Norway, France, Germany, the UK, and Norway. Landes is widely known as a pianist, organist, arranger, conductor, and published composer. He is associated with six national publishers. Rob has been the Organist and Artist-in-Residence at St. Luke’s United Methodist Church since 1996. He has recorded sixteen CDs.

The Rob Landes Trio is well known for performances in concert at Jones Hall, The Wortham Theatre, The Tower Theatre, The Houston Jazz Festival, and the Galveston Opera House. It appeared weekly for three years on Channel 13’s Good Morning Houston.