The church was built in 1959 and is of beautiful Georgian architecture. 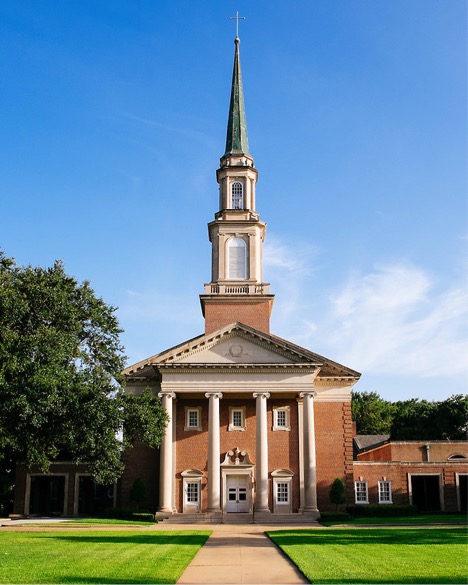 In 1988, convention goers heard a 1959 Moller Organ with 69 ranks, and the pipes were hidden behind a white, plaid grill with maroon fabric. The choir loft and pipe organ were located in the chancel; however, the design was one that was popular mid-century with the two choir sections facing each other “collegiate” style. Behind the two choir sections were display pipes that did not speak. The chancel also featured a preaching pulpit with flying saucer top. 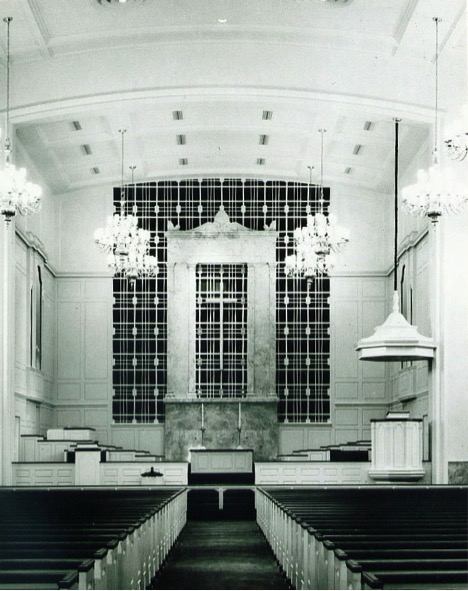 In 2001, Schantz Organ Company installed a 77 rank instrument with 67 new ranks and 10 ranks completely revoiced from the Moller. They kept the shell of the Moller console, but everything else was new - stop jambs, four keyboards, pedal board, drawknobs, couplers, etc. From the installation of the Moller in 1959, the console had the flexibility to move to the center of the chancel for concerts.

Located in the prestigious River Oaks neighborhood of Houston, St. Luke’s UMC is a large congregation that hosts numerous lavish weddings. But for large wedding parties, it was almost impossible to fit everyone up on the chancel. 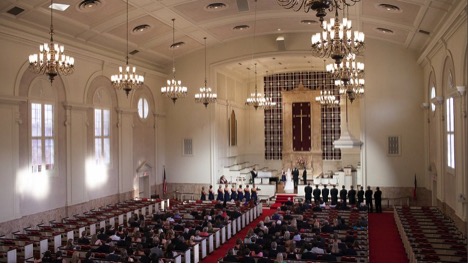 And it was a tight squeeze for the choir members and instrumentalists for holiday services and concerts.

In the past year, the Sanctuary has undergone a major, seven-month renovation that included redesigning the chancel. The chancel was brought forward 20 feet, and raised 18 inches. 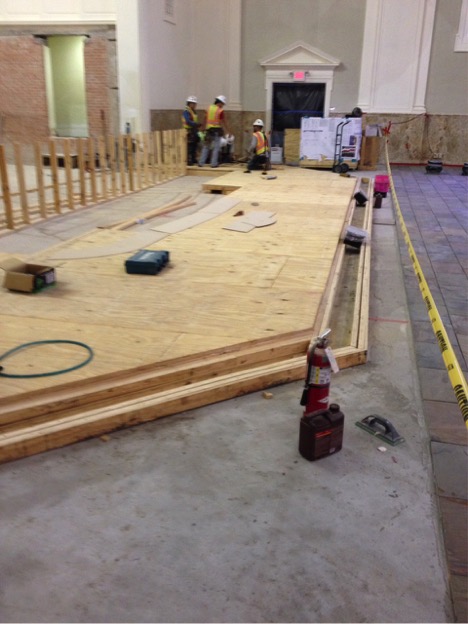 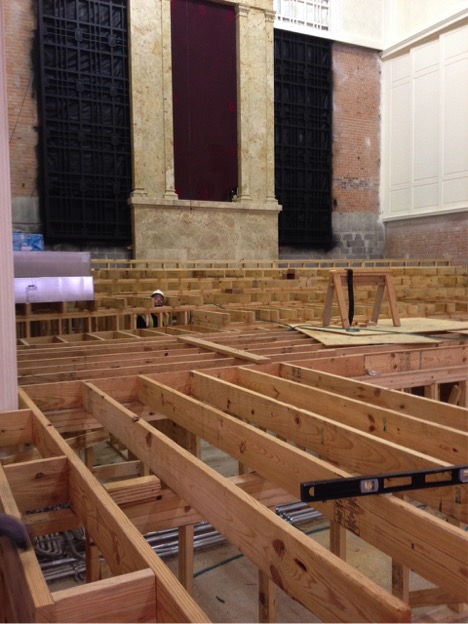 They also made major improvements to the lights with more than 60 new light fixtures. The four Chancel chandeliers were removed to give the Chancel a cleaner and more expansive look. 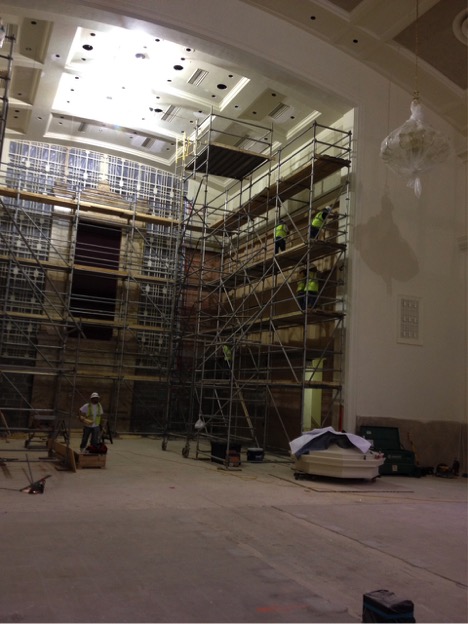 I love the beautiful marble reredos. Unfortunately, the base of the beautiful reredos is now hidden behind the raised chancel and choir pews, but it is still a lovely feature of the room. 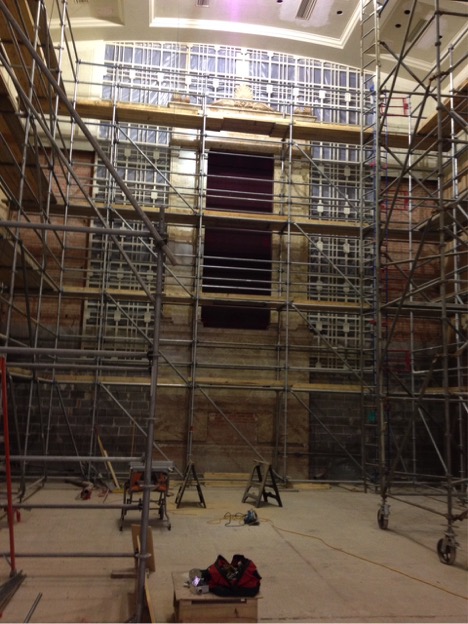 The brass chandeliers in the nave were sent out, polished, rewired and fitted with LED lights. 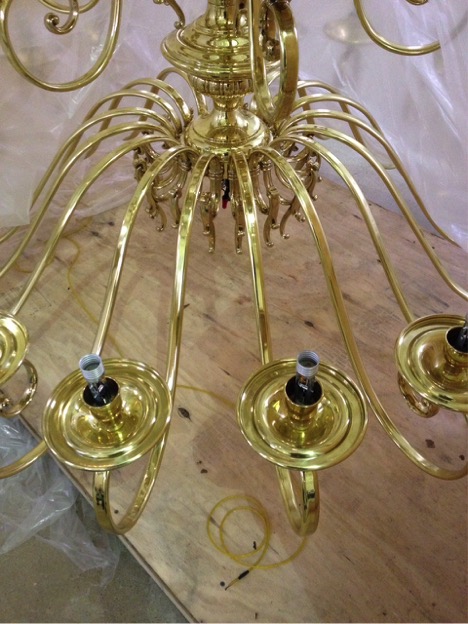 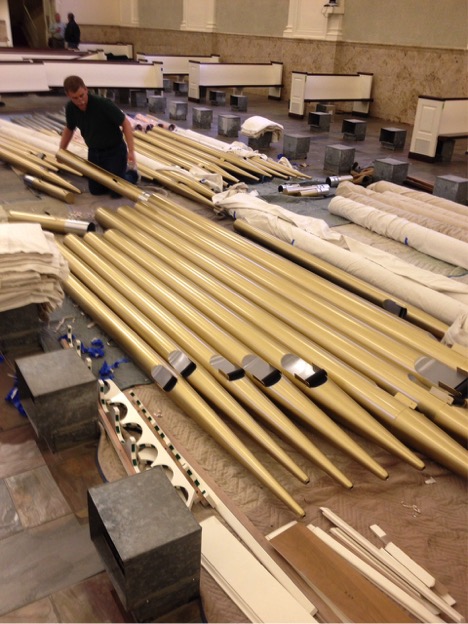 Those façade pipes are a new 16’ Gamba pedal rank in the new organ case, that was built around the reredos. 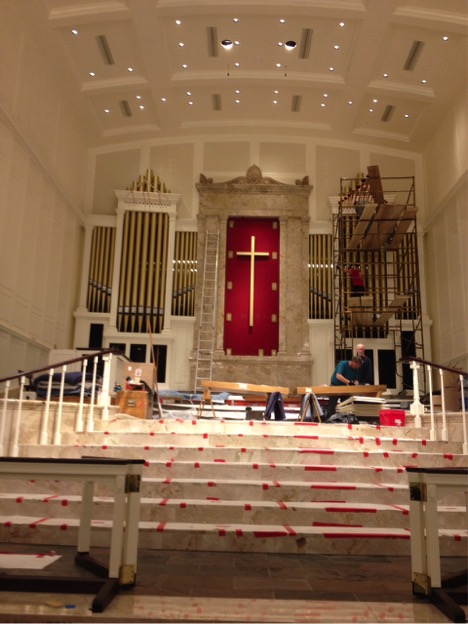 Also, there is a new 8’ Trumpet en Chamade at the top of the case. 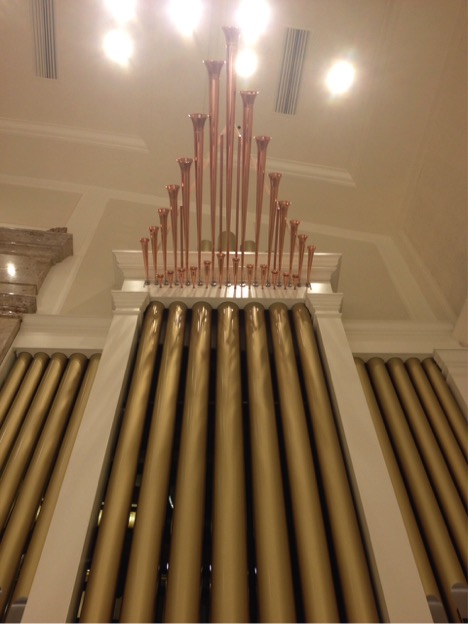 Schantz Organ Company added 6 more general pistons to the console, so that there are now a total of 16 general pistons. They replaced the old floppy disc sequencer with a new state of the art sequencer, and the console was refinished and re-painted to match the new paint in the Sanctuary. 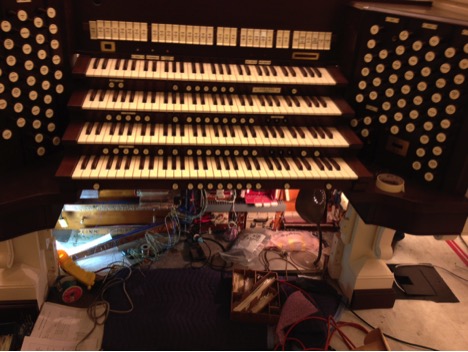 The results are spectacular and the choir loft now faces the congregation! 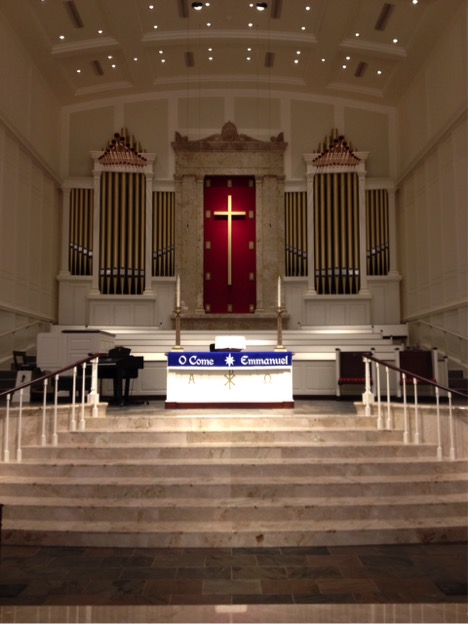 Ah, the completed project… The wait can be excruciating! When my church was nearing completion of a five-month Sanctuary remodeling project in 2013, I was extremely excited to see my organ console after the construction workers removed the protective covering. Yes, I practiced in the hallway with no pedal board, organ bench or sound! 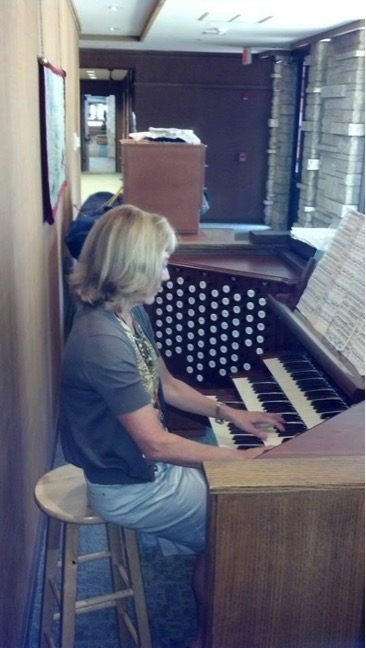 Congratulations to the staff and congregation of St. Luke’s United Methodist Church in Houston, and thanks to their long-time organist, Rob Landes, for his help with this blog. 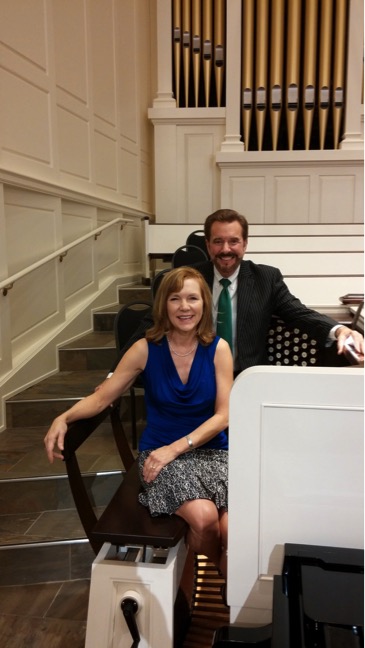