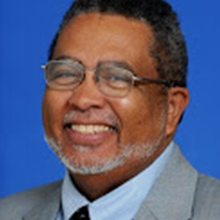 Among his early compositions are: CELEBRATION, recorded by the Detroit Symphony in 1976, OUT OF THE DEPTHS (1977), and AMERICAN GUERNICA (1983) two band works which won national competitions. CONSORT PIECE (1995) commissioned by the Norfolk Chamber Ensemble was awarded first prize by the University of Delaware Festival of Contemporary Music. In addition he has been awarded two honorary doctorate degrees.

The composer’s second symphony (commissioned by the Detroit Symphony, and second opera, JOSHUA’S BOOTS (commissioned by the Opera Theatre of St. Louis and the Kansas City Lyric Opera) were both premiered in 1999. Hailstork’s second and third symphonies have recently been recorded by the Grand Rapids Symphony Orchestra (David Lockington) and were released on the Naxos. A new Virginia Symphony Orchestra Naxos recording, AN AMERICAN PORT OF CALL, was released in spring 2012.

Recent commissions include RISE FOR FREEDOM, an opera about the Underground Railroad, premiered in the fall of 2007 by the Cincinnati Opera Company, SET ME ON A ROCK (re: Hurricane Katrina), for chorus and orchestra, commissioned by the Houston Choral Society (2008), and the choral ballet, THE GIFT OF THE MAGI, for treble chorus and orchestra, (2009). In the fall of 2011, ZORA, WE’RE CALLING YOU, a work for speaker and orchestra was premiered by the Orlando Symphony. I SPEAK OF PEACE commissioned by the Bismarck Symphony (Beverly Everett, conductor) in honor of (and featuring the words of) President John F. Kennedy was premiered in November of 2013.

Hailstork’s newest works, are ROBESON, an operatic theater work (written for the Trilogy Opera Company of Newark, New Jersey), and HERCULES (“the veriest dandy slave”) a concert overture for the Grand Rapids Symphony which was premiered this past October (2014).

Dr. Hailstork resides in Virginia Beach Virginia, and is Professor of Music and Eminent Scholar at Old Dominion University in Norfolk.