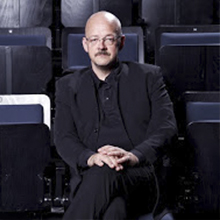 Hans-Ola Ericsson is one of the exceptional figures on the international music scene, distinguishing himself both as performer and composer. He excels in a wide range of styles, from early to contemporary music, always looking to infuse his playing with historically informed practices. No other organist in the last decade has played as many contemporary work premieres as Ericsson; he has worked closely with John Cage, György Ligeti and Olivier Messiaen to better understand their artistic visions. As a post-avant-garde composer, Hans-Ola Ericsson blends existing sound material with the unheard in his works. This technique can be observed in Ericsson’s organ mass, relating the sounds of Arp Schnitger organs. He was referred to as the prototypical organist of the 21st century, his music displaying a versatility focused on every sound and on its compositional context.

In 1989, Hans-Ola Ericsson was appointed professor at the Academy of Music in Piteå and at the University of Luleå. In 1996, he was appointed visiting professor at the University of the Arts Bremen and in 2011, professor of organ at the Schulich School of Music at McGill University in Montreal, Canada. Today, he is in high demand as a concert organist, a composer, a teacher and a consultant for organ restoration work. He has worked namely to restore an organ dating back to the 17th century sitting in the German Church in Stockholm. His interpretations are well documented on numerous recordings, including the recording of Olivier Messiaen’s complete organ works