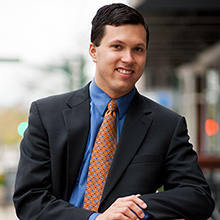 Jonathan D. Rudy is recognized by colleagues and audiences for excellence as a performer, sacred musician, and conductor. Mr. Rudy is a laureate of several performance competitions and most recently won First Prize and the Audience Prize at the AGO 2014 NYACOP competition, the Guild’s premiere young organist competition. He was also a finalist in the National Organ Playing Competition in Fort Wayne, as well as the Second Prize Winner of the Regional Competition for Young Organists (Quimby Competition) in 2011. He received the Immanuel Organ Scholar Award in 2009 (Evanston, IL) in recognition of excellence in performance and sacred music, as well as high praise and prizes in other events.

In addition to appearances as organist and church musician, Mr. Rudy maintains a career as a conductor. He studied choral conducting at Indiana University and regularly leads choral and instrumental ensembles. He has served as conductor for the Valparaiso University Men’s Chorus, the AGO Bloomington Choralfest Ensemble, and other vocal ensembles.

Mr. Rudy keeps a rigorous academic schedule, currently finishing his doctorate degree in organ and sacred music at Indiana University, where he also received his masters degree. There he studied organ with Janette Fishell, along with improvisation and sacred music with Bruce Neswick. Mr. Rudy completed his undergraduate degree at Valparaiso University, studying organ and sacred music with Lorraine Brugh and Karel Paukert. While at Valparaiso, he received the Reidenbach Award in Church Music. In his early years he studied organ with Karl Bruhn and piano with his mother, Melinda J. Rudy. He currently serves as the Director of Music at Cumberland Presbyterian Church in Cookeville, TN. He is represented by Karen McFarlane Artists, Inc.

Improvisation on "Deep in the Heart of Texas"

Improvisation on a submitted theme